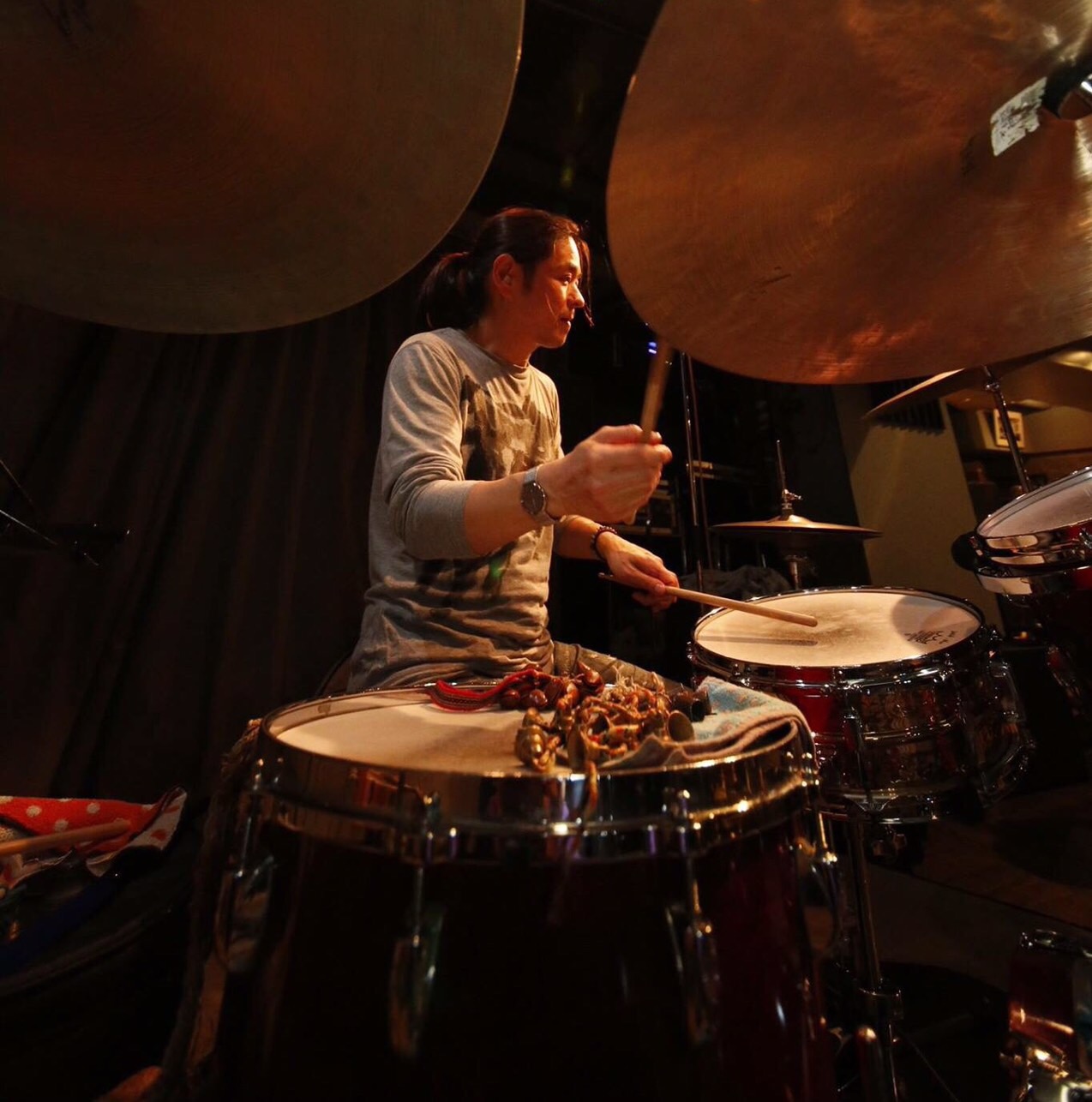 Kazumi started playing guitar & piano when he was age12.

At age 13 he switched to the drums.

He started his carerr as professional studio drummer when he was age 19.

He has been a professional drummer for over 30 years, performing all kinds of music styles. Although currently Kazumi mainly perform modern jazz music(focused on after Bill Evans school) and ECM type music. He has performed in numerous Jazz festivals and toured with various recording artists world wide.

In 1986 Kazumi moved to Tokyo, joined the group of Isao Suzuki, Hideto Kanai.

In 1988 he was awarded a full scholarship to study at Berklee College of Music in Boston.

He lived in the United States for 6 years.

Since then, he has been well known in Boston for being one of the most musical, and creative drummer in the music scene.

In 1992 he has been selected as “Artists-in-Residence”(supported by National Endowment for the Arts) for ten month in the community of Decorah, IA in their public schools. At Luther College he joined the ” Unified Jazz Ensemble” as a drummer and engaged in teaching and band directing duties.
After that he kept playing as free-lance drummmer in Boston & N.Y.C.and returned to Japan in 1994 due to health problem.